The conjunction:
The geocentric conjunction between the Moon and the Sun will be at the end of the lunar month on Suturday, March 15,2021 at 06:07 local time.

In Tunisia: After sunset, the moon will remain above the horizon around 6 minutes, All over the Tunisian territory. The geocentric elongation (ARCL) between the moon and the sun will be around 5.95 ° and the Moon’s elevation (HL) will be around 0.7°, after sunset. The highest values will be recorded in Borj El Khadra with HL= 1.05 ° and ARCL = 9.95 °.

Possibility of Moon crescent visibility:
The visibility of the Jumada al-awwal crescent will be possible after sunset on Sunday, March 14, 2021 in the world, from 0:45 local time.  The crescent will be visible for the first time, from the southeast pacific , then successively to the West, as shown on the map below (Fig. 2). 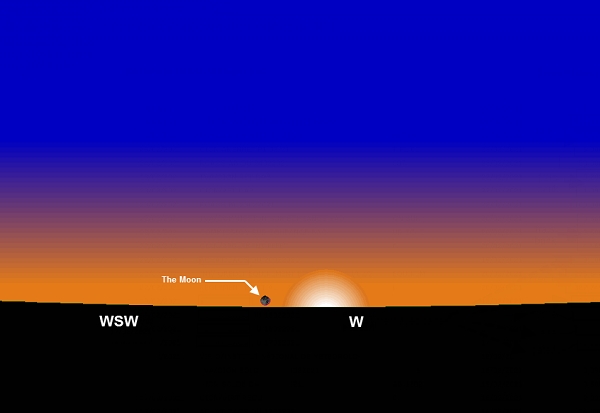 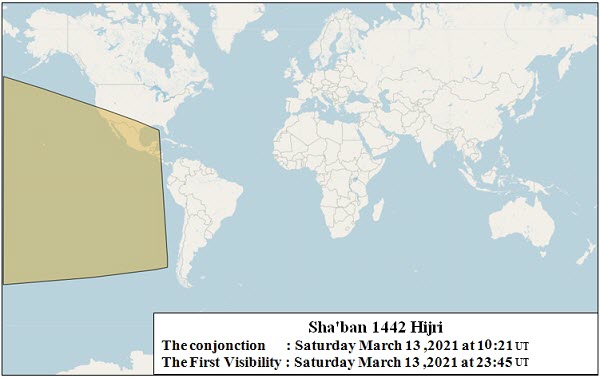 lag: The period between sunset and moonset. (If the value is negative, in this case the moon sets before the sun).

Age Lune: The period between the conjunction and the sunset.

HL: Moon topocentric elevation (if the moon sets before the sun, the value will compensated by the symbol "*** ***").

DAZ: The difference between the sun’s azimuth and the moon’s azimuth, at sunset.

ARCL: Geocentric elongation between the sun and the moon.

W: The illuminated percentage of the moon's surface.

Indication : The criteria used to predict the visibility of the lunar crescent, are the Istanbul criteria (1978-2016).

No recruitment in progress